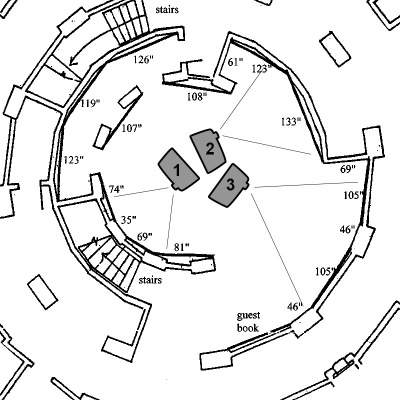 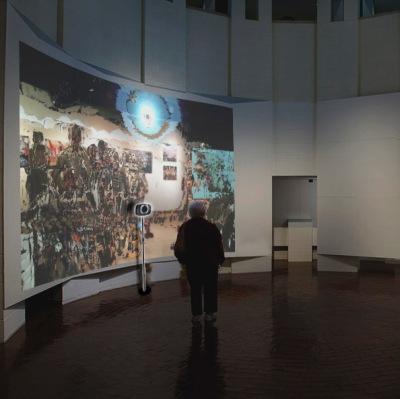 Sketch of how projection would look on one wall in the gallery space. 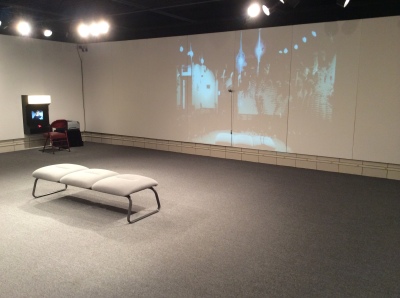 During installation of “Mirror Minus” at Rosewood Art Center (Kettering, OH), yoga sessions were held in the gallery. Rather than coming as deliberate viewers of the artwork, these participants began to explore the abstract documentation of their movement in relation to their yoga practice.
The image on the right of the composite is a screen capture of the projection that appears in the image on the left)

Video Documentation of the inaugural installation of this interactive version of the “Explorations in Reductive Video”. 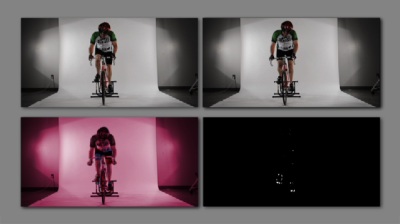 The Reductive Video Process
In these projects, video (live or recorded) is offset by 1 frame. These two successive frames are compared against one another to determine where changes in color or tonality have occurred. A mask is created to only allow those pixels that have changed color or tonality to be revealed in the current frame of video.

A video containing an explanation of the process used in all Reductive Video works including “Mirror Minus.” and samples of other works in the Reductive Video body of work can be seen at: https://stevenhsilberg.com/reductive-video-project-statement/ 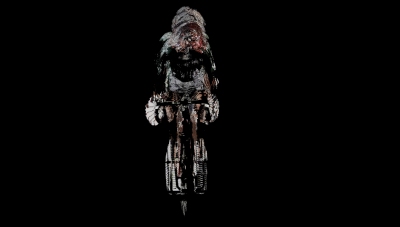 When all frames have been analyzed, all pixels that have changed value are layered on top of one another, presenting all of the changes which have occurred throughout that video. 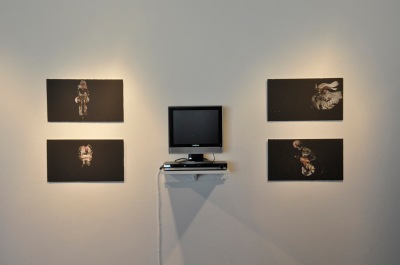 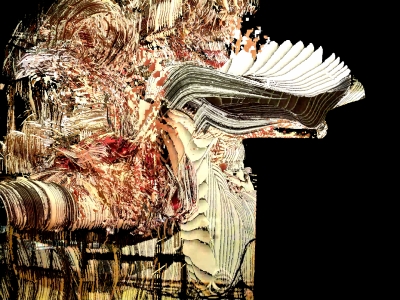 13.6” x 10.2” is the dimensions of a 15” computer monitor.
For Love represents the reduction of a video into a single print. The changes in motion and movement are layered to create impressions of these on-screen activities, which in this case were appropriated online “amateur” pornography.
This is one of a series of 15 images often displayed together as a single installation.
This image was selected by Maryland Art Place for the 2014 IMPRINT edition.

additional archives of images at: http://www.pixel-lapse.com 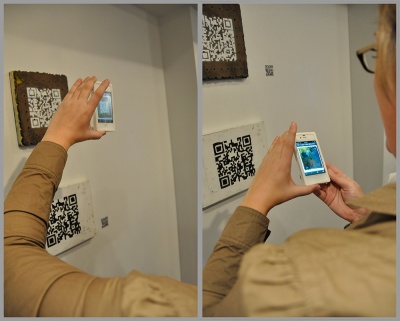 For this exhibition, each artist’s work was documented and uploaded to a server. Each item was then obliterated, white-washed, scraped away, or canceled-out, leaving few remnants of the artist’s creation. A QR code pointing to the URL of the documented image was transferred or stenciled onto the surface of the obliterated artwork. With the original archived to history, it was these new works that were hung in the gallery. Ultimately the QR code, when scanned, would display the archive of the original.

Additional images of the exhibition and the curatorial statement may be found at:
https://stevenhsilberg.com/2012/10/12/palimpsest/